Get a Quote
You are here: Home » Why Us » News » Product News » Vietnam Old Client Put Order for High Shear Granulators

The Vietnam old customer of Hywell Machinery Co., Ltd. placed an order to purchase the GHL series high shear granulator again in early 2022, and the client purchased Hywell 's GHL series wet granulator many sets. This GHL-200 high shear mixer granulator completes production according to the contract requirements. The customer can't do FAT at Hywell factory before delivery .,and the FAT is done by the remote video of our engineer and customer. This high shear granulation is fully packaged and ready to delivery. 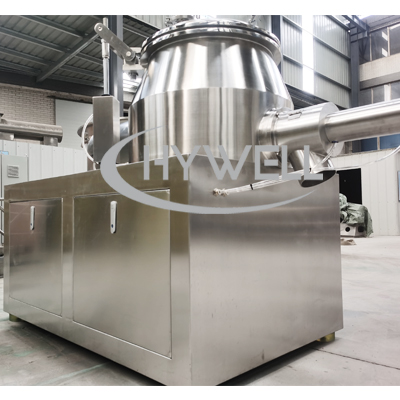 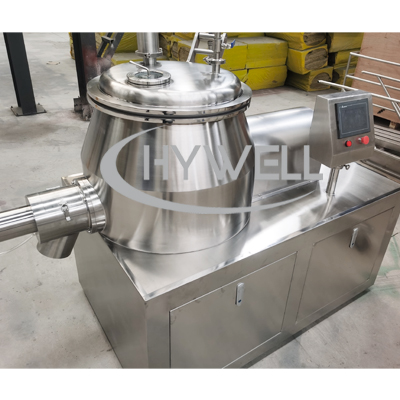 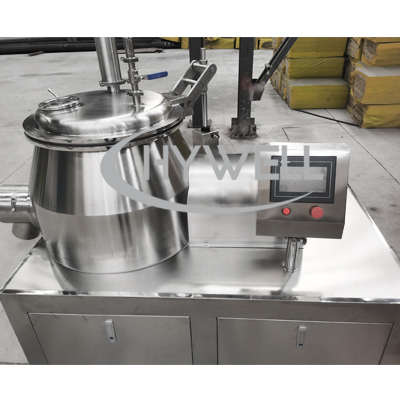 What is a high shear granulators?

Originally, the granulation liquid was poured into the product. Today, an improved dosed distribution using a spray nozzle is preferred in order to obtain a more even granulate.

The granules are distinguished by a compact structure and high bulk density. They have good flow characteristics and can be optimally pressed. For various applications in pharmaceuticals and related industries.

the GHL series high-shear granulation often connect with YK series oscillating granulator to get 1.5-5mm wet granules, and then direct to send the wet granules into the drying machine to get dried granules (instant granules), the drying machine can use Vertical Fluid Bed Dryer or Horizontal Fluid Bed Dryer, but it decide by the treating capacity. The final step of the process system is the granules sifter. The granules sifter will separate the large powder particles from the powder, size is determined for the separation. The off size is bagged off and the powder can be either directly packed into big bags or conveyed to a silo system for other packing systems.

The rapid mixing granulator using high-shear granulator can be divided into 5 stages and they included;

3. Wetting of powder and nucleation

4. Growth of granules and densification of the powder.

The impeller which is employed in mixing of the dry powder and spreading of the granulating fluid in high speed mixer granulator normally rotates at a speed ranging from 100 rpm to 500 rpm. The chopper forms part of high speed granulator and is used to break down the wet lump to produce granules. In fact, the high shear mixer granulation is usually connected to a screen granulator to sort into regular granules. and then directly send the wet particles into dryer. 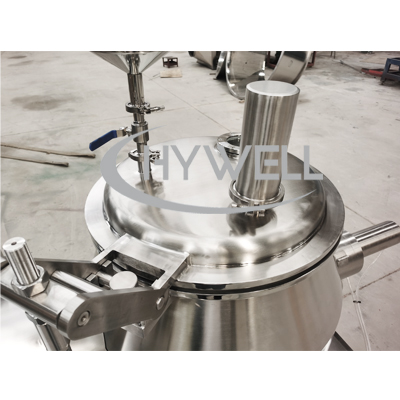 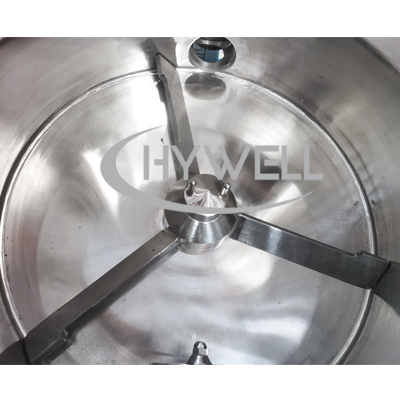 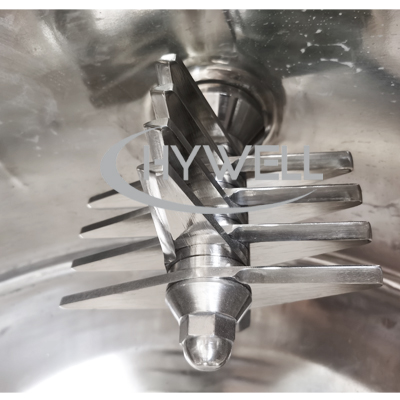 Parts of a Rapid Mixer Granulator and their functions

A rotor with the stationary mechanical device. Also, the fixed part can be an associate array of stators and rotors. The device is engaged with a tank containing the ingredients to be mixed.

A pipe is passed for the passage of the ingredients to form a Shear. The Rapid Mixer Granulator produces granular products that can be used in a pharmaceutical company.

Other types of the wet granulators can generate suspensions (gas distributed in liquid) as well as emulsions. The result of the granulation process can also be employed in other industries besides pharmaceuticals.

In the high Shear mixer granulation process, the solid part of the mixture is required. Fluids or solutions are used to adhesive to gather the powder as particle.

After the solid part has been formed, it is chopped down to the needed particle size which is subsequently passed to the fluid bed drying machine. From the fluidized bed dryer, the fluid is completely removed to form granulated products.

We help you avoid the pitfalls to deliver the quality and value your fo need, on-time and on-budget.
Get Started